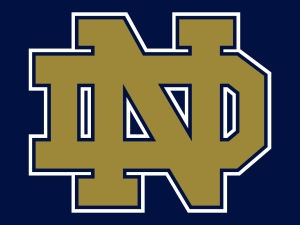 Mass of Christian Burial will be held at 10:00 am, Wednesday, January 22, 2020 at St. Stanislaus Catholic Church, 1506 Washington Street, Michigan City, IN with Rev. Walter Ciesla officiating. Burial will follow in St. Stanislaus Cemetery with full military services conducted by the American Legion Skwiat Post 451 and the V.F.W. #2536. Visitation will be from 4:00 pm - 8:00 pm, Tuesday and from 8:30 am - 9:30 am Wednesday at the Ott/Haverstock Funeral Chapel, 418 Washington St. Michigan City, IN. The St. Joseph Young Men's Society will recite the Rosary at 5:30 pm followed by a memorial service conducted at 6:00 pm by the American Legion Skwiat Post 451 and the V.F.W. 2536, both Tuesday in the funeral chapel. A full Memorial Mass will be scheduled at St. Thomas Church, Peoria Heights, IL on a future date.

He was born April 27, 1935 in Buckhannon, West Virginia to the late Karl and Eleanor (Robson) Neville, and was raised in Morgantown, West Va. On July 14, 1962, in Michigan City, IN he married Sandra S. Kintzele who survives in Dunlap, IL.

Richard was a graduate of West Virginia University with a degree in Industrial Engineering and had worked at National Steel, Portage, IN, Keystone Wire & Steel, Bartonville, IL, and as the manager of operations at Expert Resource Company, Peoria, IL. He was a U.S. Marine Corps Veteran of the Korean War era. Richard was a former member of St. Stanislaus Catholic Church, Michigan City, IN where he was involved in aspects of the church to include parish council and was former director of the CYO of Michigan City. He also participated in the Moose Family Center 980. He was a 40 year member of the St. Joseph Young Men's Society and American Legion Skwiat Post 451. He was a member of St. Thomas Catholic Church, including the St. Thomas Men's Club in Peoria Heights, IL. He was a past president of the Chillicothe Illinois Rotary Club. This past October, Richard was part of the Greater Peoria Honor Flight to Washington, DC, honoring veterans and their service. In addition to his family and dear friends, Richard loved his West Virginia Mountaineers, the Notre Dame Fighting Irish, and the Chicago Cubbies.

To send flowers to the family or plant a tree in memory of Richard Lee Neville, please visit our floral store.