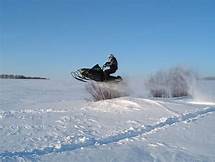 Pat was born in Valparaiso, Indiana, on March 14th, 1973, to Michael and Janet (Mochan) Ryan. As a child, Pat spent many days on Lake Michigan mastering the art of catching steelhead with his father, fueling his love for the lake. Pat graduated from Chesterton High School in 1991 and enlisted in the Navy in 1992. After his time in the service, he made a career working for AT&T as a lineman.

In 2014, Pat married Rebecca Cain, and they made Michigan City their home. Pat became a father to Tobie and Ethan and was welcomed into their family, which grew quickly when they brought home and raised a flock of chickens and turkeys, including 8-Piece, Turkey Jerky, and Orange Chicken.

Many people call Pat a friend, but Pat’s best friend was Piglet (Cleo), his labra-beagle and companion of 18 years, who passed away in August. Piglet was known for always being at his side, riding in the front seat of his truck, and doing a happy dance whenever he arrived home.

Pat was a proud member of a local snowmobile club, and he spent his winters maintaining the trails and riding with his friends and family. When the winter was over, that didn’t stop him from continuing to ride. Pat converted his snowmobile for drag strip racing and continued doing what he loved with his son, Ethan.

The family will be holding a private celebration of life at a later date.  Arrangements are being handled by the Ott/Haverstock Funeral Chapel, 418 Washington St., Michigan City, Indiana.

To send flowers to the family or plant a tree in memory of Patrick "Pat" Ryan, please visit our floral store.

A Memorial Tree was planted for Patrick

Join in honoring their life - plant a memorial tree