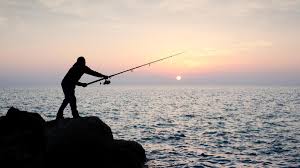 He was born December 3, 1952 in Bosnia, Croatia to George and Delfa (Krezo) Vidovic. On April 15, 1989 in Lakeline, Ohio he married Vesna (Matesic) Vidovic who survives in Michigan City, Indiana.

Nicholas served in the United States Marine Corps from 1972-1974. He had an education in computer aided design in which he enjoyed and was very successful with in his career. He owned his own business for 13 years in this field and had many big achievements through his career, one of which was that he designed a metal statue that stands in front of a courthouse in the state of Ohio. He also redesigned the inside and outside of his home with his skills. Nicholas enjoyed hunting, fishing, traveling, and boating on Lake Michigan.

To send flowers to the family or plant a tree in memory of Nicholas T. Vidovic, please visit our floral store.

You can still show your support by sending flowers directly to the family, or by planting a memorial tree in the memory of Nicholas T. Vidovic