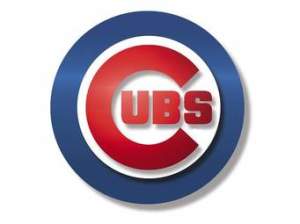 A Celebration of Life service will be announced at a later date. Arrangements are being handled by the Ott/Haverstock Funeral Chapel, 418 Washington St., Michigan City, Indiana 46360.

She was born on December 18, 1966 in St. Louis, Missouri to Stephen Jeffrey and Barbara Barnes Beardslee. Jennifer and her family moved to a number of states due to her Dad’s sales career. She spent her younger years in Annapolis, Maryland, graduated from Naperville Central High School in Naperville, Illinois in 1985 and went on to graduate in 1989 with a Bachelor of Arts degree in Fashion Merchandising and a Minor in Business from Eastern Illinois University.

After graduation, she pursued a career in Fashion Merchandising and Design at Spiegel, Brighton, and Movado until she was able to pursue her dream of owning her own boutique, Victoria’s by the Lake in New Buffalo, Michigan, which she loved dearly.

Jennifer touched so many lives and this world will never be the same without her. She had a love of life, the Chicago Cubs, but her "happy place" was undoubtedly the beach.

No matter where Jennifer was, she absolutely left a piece of sunshine to all who crossed her path. She gave so much to friends, but above all she was fiercely devoted to her family.

She was so vivacious, a complete utter giver, and a kind soul who changed the lives of many, both those she knew and those she just passed by.

As life happens, she met and married the love of her life, A. Jeffrey Crawford and moved to West Des Moines, Iowa, where she helped raise his children, Emily, Anna, Andrew, and Weston and made an impact on Emily’s Fiancé, Troy Asche. Jennifer and Jeff married on April 24, 2010 in Naples, Florida.

In lieu of flowers, Jennifer loved her fuzzy friends and would appreciate contributions be made in her memory to the Michiana Humane Society, 722 Indiana Highway 212, Michigan City, Indiana 46360.

To send flowers to the family or plant a tree in memory of Jennifer Lynn (Beardslee) Crawford, please visit our floral store.