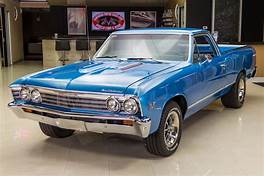 Funeral services will be held Wednesday, January 26 at 11:00 AM in the Ott/Haverstock Funeral Chapel, 418 Washington St., Michigan City, Indiana with  Chaplain Rich Stoll officiating. Burial will follow in Greenwood Cemetery, Michigan City, Indiana.  Visitation hours will be Tuesday from 5:00 PM till 7:00 PM and Wednesday from 10:00 AM till 11:00 AM in the Ott/Haverstock Funeral Chapel.

Jim graduated from Michigan City Elston High School in 1954 and attended Indiana Technical College, Fort Wayne, Indiana.  He worked for Raytheon, Inc. as a Mechanical Engineer and for Dage-MTI, Inc.  In 1971 he opened the Ziebart Auto Truck rust proofing franchise and then in 1989 he opened J.T. Auto Sales in Michigan City, Indiana.  He was an avid fisherman belonging to the Michigan City Coho Club for many years.  He also enjoyed his cars, Hot Rods and restoring the classic Chevy El Camino.   He served in the United States Army Reserves with the 542 Transportation Unit. The family would like to acknowledge caregivers, Joeann Frazier, Tisha Harris and Lorry Glancy for their kindness and care.

Contributions may be made to American Stroke Association, 6500 Technology Drive, Suite 100, Indianapolis, IN 46278..

To send flowers to the family or plant a tree in memory of James H. Teeters, please visit our floral store.