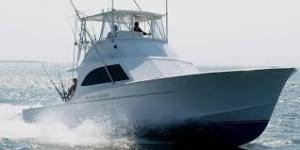 A celebration of life will be held at a later date for his family and friends. If you would like to attend please leave your e-mail in the comments section below. The Ott/Haverstock Funeral Chapel, 418 Washington St., Michigan City, Indiana is handling arrangements.

He was born February 8, 1967 in Lansing, IL to Richard Sanders and Patricia (Martin) Harris.

Gary was one of the pioneers of fine cuisine in the region. He has trained many of the area's top chefs. His career started at The Cottage in Calumet City, Illinois, where he advanced his skills under the accomplished Chef Carolyn Buster. He always spoke very fondly of her and his time spent in her restaurant, learning, being young and carefree. He was the original Chef and soon thereafter, purchased the award winning Miller Baker Café, in Miller Beach, Indiana where he cooked for well-known guests including Peter Jennings, Martha Stewart and our current US President. He was very proud of his work, along with the relationships he built with local families. During this time, he received many awards including Jr. Entrepreneur of the year. Miller Bakery was also featured on the PBS show "Check Please".

In the course of his career he opened several local restaurants including Bartlett's Gourmet Grill in 2006, which became a favorite road house along the National Park corridor.

Gary Partnered with Nicole Bissonnette in 2004 with whom he had two beautiful boys: Ian Marcel and Lucien Gage, who were the pride of his life.

Gary was happiest when on a boat fishing or on a vacation in a warm place. He had an affinity for vintage cars and motorcycles. He was a master in restaurant concept development and a skilled craftsman.

He is survived by the mother of his children, Nicole Bissonnette of Beverly Shores, IN; children, Ian Marcel Sanders and Lucien Gage Sanders; mother, Patricia Harris of Knox, IN; sisters, Chris Heaps, and Karen (Rich) Reichart; brother, Rich Sanders; numerous nieces and nephews.

In lieu of flowers a "Benefit Account" for education of Gary's Children; Ian and Luc Sanders has been set up at First State Bank of Porter, 230 Lincoln St., Porter, Indiana.

To send flowers to the family or plant a tree in memory of Gary Michael Sanders, please visit our floral store.

You can still show your support by sending flowers directly to the family, or by planting a memorial tree in the memory of Gary Michael Sanders
Share a memory
© 2020 Ott / Haverstock Funeral Chapel and Cremation Services. All Rights Reserved. Funeral Home website by CFS & TA