Share a memory
Obituary & Services
Tribute Wall
Read more about the life story of Frederick and share your memory.

A celebration of his life will be held at a later date. The Ott/Haverstock Funeral Chapel, 418 Washington St., Michigan City, Indiana is handling the arrangements.

He was born September 20, 1945, in Seattle, Washington to his late father, Eugene L. Frost and mother, Elizabeth Betty Hunt.

Frederick honorably served his country in the United States Navy. He received a two year degree from a community college in Seattle, WA. Frederick currently was a retired chef, retiring in 2010. He was a horror movie fanatic, coincidentally passing away on Friday the 13th, the name of one of his favorite horror flicks. Outside of his interest in films, he was considered to be the kindest and had always put others before himself. When he visited different towns, cities, or states, he enjoyed reading the newspapers in those areas. Frederick will truly be missed for his kind personality.

To send flowers to the family or plant a tree in memory of Frederick Walter Frost, please visit our floral store. 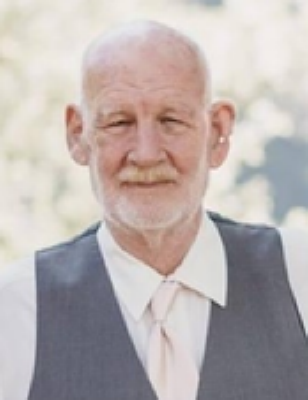 In Loving Memory Of

Look inside to read what others
have shared
Family and friends are coming together online to create a special keepsake. Every memory left on the online obituary will be automatically included in the book.

In Loving Memory Of

Look inside to read what others have shared

Family and friends are coming together online to create a special keepsake. Every memory left on the online obituary will be automatically included in the book.

You can still show your support by sending flowers directly to the family, or by planting a memorial tree in the memory of Frederick Walter Frost
SHARE OBITUARY
© 2023 Ott / Haverstock Funeral Chapel and Cremation Services. All Rights Reserved. Funeral Home website by CFS & TA | Terms of Use | Privacy Policy | Accessibility