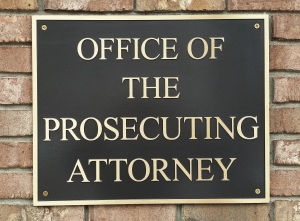 He was born March 8, 1951 in Michigan City, Indiana to the late Wallace and Barbara (Berridge) Beckman. On April 7, 1978 in California he married Priscilla J. "Jo" Gentry who preceded him in death on August 2, 2008.

Rob graduated from Indiana University, receiving his law degree from Pepperdine University School of Law, Malibu, California. He served as a public defender for 10 years, deputy prosecutor for 10 years and was elected for (3) three terms as La Porte Co. Prosecuting Attorney. He served (2) two terms as president of IPAC (Indiana Prosecuting Attorney Council), former president of the Salvation Army Board and past president of the Michigan City Exchange Club. Rob felt he could assist and aid the youth of La Porte County in trying to give them activities to promote success; he used excess Infraction deferral program funds by giving substantial amounts of monies to assist in funding the swine building at the La Porte Co. fairgrounds, La Porte, Michigan City and county parks along with dog parks. He also provided immense funds to the Michigan City Zoo especially for the kids train. Above all he was most at home when strumming his guitar along side Jo, Beth and Kevin in the "Family Band", the last in a long line of rock n’ roll bands throughout his life.

To send flowers to the family or plant a tree in memory of Robert J. "Rob" Beckman, please visit our floral store.