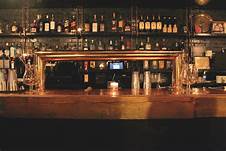 He is known and widely respected, locally, for owning and operating Chappy's Stadium Inn on Wabash and Arthur Streets, Michigan City, Indiana and growing its business over the years alongside his wife Peggy. He was a member of the First United Methodist Church, Michigan City, Indiana and for most of 17 years Peggy & him spent their winters in Indian Shores, Florida & Fort Myers Beach, Florida.