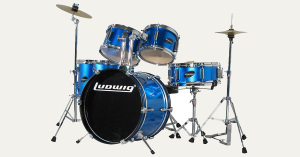 George attended St. Stanislaus Elementary School and graduated from Elston High School in 1954. He later enlisted in the United Army Reserve in 1958 and was honorably discharged in 1964. George enjoyed music and traveling. He played trumpet in his brother Frank Baranowski's Band, and then moved to California and played drums in nightclubs and casinos throughout California, Las Vegas, Reno, and Lake Tahoe. Upon returning to Michigan City he became an officer with the Michigan City Police Department, advanced to the detective Bureau and retired following a heart attack in 1979. He then accepted a position with the prosecutor's office as chief investigator which he held for 12 years. On December 1, 1990, he and his fiancé Paula opened a private practice, Mindsight Consultants that continues to offer polygraph services.

To send flowers to the family or plant a tree in memory of George H. Baranowski, please visit our floral store.